A big change at Cal Poly – their historic printing press is out and a replacement is in! 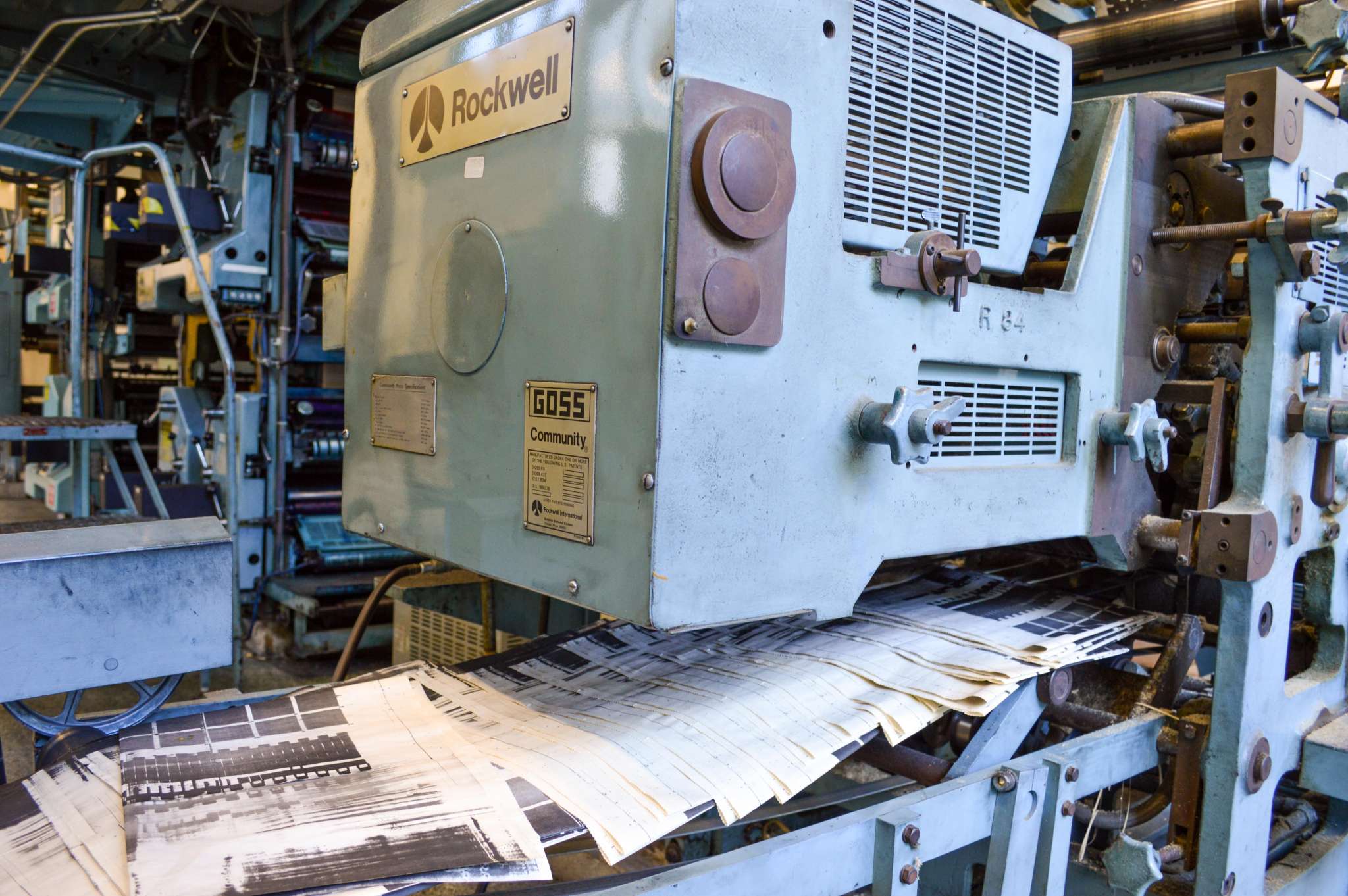 “In our industry, there’s a major shift going on,” Graphic Communication Department Chair Kenneth Macro said. “You get [the news] now on your gadgets.”

The ‘major shift’ Macro is describing is the increasing number of news sources transitioning to digital formats. As a result of the modern news industry moving from print to digital media, the historic Cal Poly printing press is going to be removed from Graphic Arts (building 26) later this month.

In the late 1980s, a printing press was brought to Cal Poly for graphic communications and University Graphics Systems (UGS) students. The printing press now sits in storage in the Dow Jones Lab in building 26.

“We call it the back room because it was like this cave-to-nowhere room,” Macro said.

Nicknamed the “Frankenstein press” because it is made up of materials from different vendors, UGS students have printed newspapers for Mustang News since the 1960s, when it was still a daily newspaper.

In 2013, UGS reduced printing Mustang News to only twice a week, and as of this school year, Mustang News prints only once a week.

Though it was hard for many students and faculty to admit, the printing press is no longer cost-effective.

“The amount of time, money and resources didn’t pay off. The return of investments wasn’t there,” Macro said.

Macro said in the 17 years he has worked at Cal Poly, he has only seen one student work at a printing plant post-graduation.

“We, as a faculty, had to decide and discuss that that’s not where the growth area is … and it saddens those, specifically like me, who have ink in our blood, but it’s a different time,” Macro said.

Graphic communication sophomore Madi Krasny said the printing press was great for the Graphic Communication Department for a while, but now has become difficult to operate.

The printing press has not been used this year because UGS started outsourcing the printing of the Mustang News to the Casey Printing and King City companies.

“It’s definitely a good time to move into outsourcing [the paper] and use the space in a different way,” Krasny said. “Although the press was pretty fun to work on.”

Although the press began to lose some value for the Graphic Communication Department, Siebold, a liquidation company, found a different vision and use for the machine.

This company offered to remove the press at no cost and recycle its parts for other existing presses. The printing press cannot be sold for any profit, so the company will be reusing its equipment for free.

The Graphic Communication Department decided to re-purpose the space where the printing press was, with new up-to-date printing systems. The room will be used for specialty printing which includes package prototyping, screen printing and digital packaging.

Paul Cousineau, a Cal Poly graphic communication graduate, started working on the printing press at Cal Poly and is now the vice president of Dow Jones, which prints the Wall Street Journal. Though he is still involved in printing, Cousineau feels that the retrofit of the lab follows the direction the print industry is heading.

“It will provide more opportunity for the students to learn something new,” Cousineau said.

Though Cal Poly some students and faculty will miss their beloved, historic printing press, they find comfort in knowing that parts of it will continue to benefit new printing presses.

“I’m happy that there is some value in it for someone,” Macro said.